Investigations into SARSCoV- 2 pathophysiology suggest that, similar to other viral upper respiratory infections, infection occurs primarily in the nasal and nasopharyngeal mucosa with high viral loads early in disease. Within the otolaryngology–head and neck surgery community, recent reports of viral transmission through endoscopic endonasal surgical procedures have caused increased concern regarding how nasal biology affects viral transmission. Further questions have arisen on the possible therapeutic role of commonly used topical nasal therapies. Nasal irrigations may play a role in reducing viral severity and further transmission. However, it is not yet clear whether topical nasal saline irrigations provide viral mitigation effects or conversely have a potentiating effect on viral transmission. Additionally, there are concerns about the consequences of topical adjuncts, such as nasal corticosteroids, for viral nasal infections. In this view point, we have briefly reviewed the current evidence regarding the association of nasal saline irrigations and their adjuncts with viral upper respiratory illnesses.

The nasal lining serves an important role in the innate immune system, providing a primary defense against inhaled viruses, bacteria, and other particulates. This lining, consisting of a superficial mucus layer atop an aqueous base, traps inhaled particulates that are then propelled by underlying cilia into the nasopharynx. They are ultimately driven into the gastrointestinal system, where they are destroyed. Topical nasal rinses take advantage of this secretory lining in multiple ways. First, nasal rinses physically disrupt the viscous surface layer, removing the mucus and its associated particulate matter. Additionally, the presence of nasal saline helps to increase hydration of the deeper aqueous layer, simultaneously improving the underlying ciliary beat frequency and reducing local inflammatory mediators. This can be particularly helpful during a viral respiratory infection, in which there is resultant mucociliary dysfunction and mucostasis that occurs secondary to the inflammatory response.

While the benefit of topical nasal saline has been well established, optimal saline tonicity has been debated within the literature. There is supportive evidence for both isotonic saline and hypertonic saline(HS)efficacy invivo. Isotonic saline consists of a 0.9% wt/vol sodium chloride solution, which is close to the physiologic salt concentration of the body. Conversely,HS solutions are greater than 0.9% wt/vol. It has been theorized that HS, which has higher osmolarity, pulls water out of cells resulting in increased hydration of the aqueous portion of the mucus layer. This improves mucociliary clearance while also decreasing epithelial edema. Additionally, there is evidence that the presence of HS can result in calcium efflux from epithelial cells, stimulating ciliary function and improving mucociliary clearance. Although invitro studies have demonstrated these effects, some in vivo studies raised the concern of local adverse symptoms,including nasal burning, paradoxical nasal blockage, and rhinorrhea, which would limit the use of HS. Arecentmeta-analysis evaluating both isotonic saline and HS rinses for all sinonasal diseases concluded that HS, with a concentration less than 5% sodium chloride,was more beneficial than isotonic saline for the management of sinonasal pathology. Additionally, a recent randomized clinical trial evaluating the utility of HS for mitigation of the common cold demonstrated HS reduced duration of illness, over-the-counter medication use, transmission to household members, and viral shedding.

Steroid compounds, such as budesonide or mometasone, are commonly added to saline irrigations for control of inflammatory mediators in chronic rhinosinusitis. In acute viral upper respiratory illnesses (URIs), corticosteroid use is less well understood. A Cochrane systematic review of double-blind, randomized clinical trials of intranasal steroids (fluticasone or beclomethasone) for management of URIs found no evidence that intranasal steroid sprays improved URI symptom severity or duration. Their review did not identify significantly different rates of adverse events regardless of intranasal steroid use. So, while nasal steroids did not significantly alter URI symptom control, no significant harmwas detected in this review. Although these trials did not look specifically at steroid use in an irrigation delivery, the effect can be extrapolated to steroid irrigations given the similar mechanism of action.

Betadine and other iodine derivatives have also been proposed to reduce viral load in the nasal cavity. Inarecent review by Parharetal, the role in povidone-iodine,a common surgical preparation,was evaluated. While they did not find many clinical trials, there was significant evidence of povidone-iodine resulting in substantial corona virus reduction in in vitro studies. They identified 3 different studies of prior coronavirus epidemics in which topical application of povidone-iodine resulted in significant viral titer reduction. Furthermore, a prospectivetrial of 0.08% diluted povidone-iodine rinses in 29 patients demonstrated safety and tolerance by patients. There is concern regarding cilio toxicity of iodine-based rinses;however, indiluted form these effects may be negligible. While the use of povidone-iodine rinses certainly requires additional review in future randomized clinical trials, it may serve as a useful adjunct to decrease viral transmission.

While there is evidence to support topical therapies for viral transmission mitigation, the potential risks must also be considered. Like other respiratory infections, SARS-CoV-is likely transmitted via physical contact with the virus through direct or indirect transfer to the upper aerodigestive tract mucosa or exposure to infected respiratory droplets. Transmission of the virus is high,especially because infected persons have shown evidence of viral shedding during the incubation period, asymptomatic infection,and even after evidence of recovery. As such, there is concern that performing irrigations of the nasal cavities may increase viral shedding, and thus transmission. Additionally, there is concern about viral contamination of the nasal rinse bottle itself, leading to increased transmission through contact-induced infections. Rhinovirus is detectable in nasal lavage, suggesting that viral contamination of surfaces may occur via rinsing. This surface contamination is important to recognize, because evidence has suggested that SARS CoV-2 is stable on plastic and can be detected more than 72 hours after exposure. However, it is also important to note that there are many ways to inactivate viral particles on those surfaces, such as through the use of diethylether, 75% ethanol, chlorine, UV light, or heat (56 °C for 30 minutes).

SARS-CoV-2 is a highly virulent respiratory virus with significant presence in the nasal and nasopharyngeal mucosa. Hypertonic nasal saline, which facilitates mucociliary clearance, likely decreases viral burden through physical removal. Other additives, such as povidone-iodine, may aid in eliminating viral particles within the nasal cavity and nasopharynx prior to active infection. Given available evidence, saline irrigations with or without indicated additives may be safe to use in the presence ofCOVID-19. This is critical to communicate for patients who already use these therapies for rhinosinusitis management. Importantly, the lavage fluid, rinse bottle, and surrounding surfaces may become contaminated and serve as a source of infection inthe future. Thus, patients should practice good hand hygiene and decontaminate the surrounding surfaces (eg, sink, counters) and plastic rinse bottle to prevent subsequent infection. Given the safety profile of these therapies, HS nasal irrigations should be encouraged for patients and health care workers especially. For our patients with chronic rhinosinusitis, continued use of steroid irrigations should be encouraged. Emerging research is expected to shed further light on saline irrigation’s protective and therapeutic effect on COVID-19. 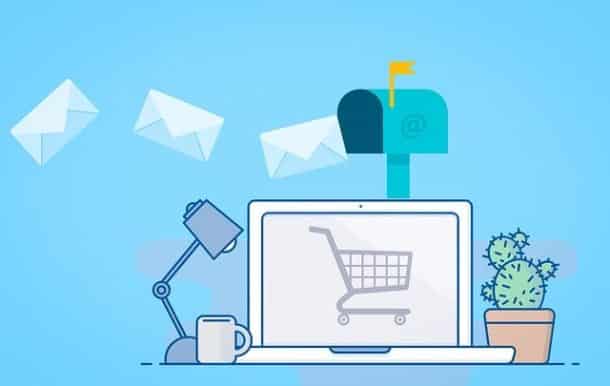